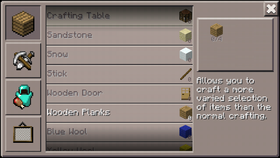 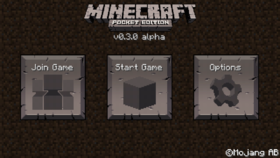 v0.3.0 alpha was a major update to Minecraft: Pocket Edition that was released on April 24, 2012. It added notable features, such as crafting, new mobs, blocks, items and tools as well as other changes and fixes.[1]

v0.3.0 alpha was reuploaded on April 24, 2012 to fix a crash upon launch, and reuploaded again later that day to add more inventory space and a smaller GUI. It also fixed an icon bug.