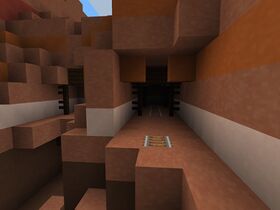 Alpha 0.10.0 was a major update to Minecraft: Pocket Edition that was released on November 18, 2014. It added several new features such as day/night cycle in Creative, 64-bit hardware support and new fence types, as well as other changes and fixes.

Compared to previous updates, 0.10 was more known as containing more changes than new features, generally due to bringing the game up-to-date with newer devices and being able to run smoother.

From released versions before 0.10.0